The Importance of Music Education 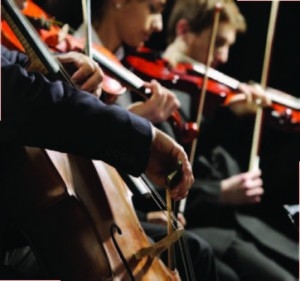 For years, music classes have been the ugly ducklings of school curriculums—the last courses to be added, the first courses to be cut. They have always taken second place to traditional academic classes. Music, however, has proved itself to be extremely beneficial time and time again, from the undeniable improvement in grades regarding traditional academic classes to the glowing remarks from music students everywhere. In an ever-changing world, the addition of music education in schools needs to be next on the academic agenda.  Music education should be a required component in all schools due to the proven academic, social, and personal benefits that it provides.

According to the No Child Left Behind Act, the following are defined as, “core academic subjects”: English, reading or language arts, mathematics, science, foreign languages, civics and government, economics, the arts [emphasis added], history, and geography (Benefits of the Study 1). Although music, being a part of the arts, is supposedly on the same level as other academic subjects, it is not being treated as such.

Music education greatly enhances students’ understanding and achievement in non-musical subjects. For example, a ten-year study, which tracked over 25,000 middle and high school students, showed that students in music classes receive higher scores on standardized tests than students with little to no musical involvement. The musical students scored, on average, sixty-three points higher on the verbal section and forty-four points higher on the math sections of the SATs than non-music students (Judson). When applying to colleges, these points could be the difference between an acceptance letter and a rejection letter.

Furthermore, certain areas of musical training are tied to specific areas of academics; this concept is called transfer. According to Susan Hallam, “Transfer between tasks is a function of the degree to which the tasks share cognitive processes” (5-6). To put this simply, the more related two subjects are, the more transfer will ensue. This can be evidenced with the correlation between rhythm instruction and spatial-temporal reasoning, which is integral in the acquisition of important math skills. The transfer can be explained by the fact that rhythm training emphasizes proportions, patterns, fractions, and ratios, which are expressed as mathematical relations (Judson). Transfer can be seen in other academic subjects as well. For example, in a 2000 study of 162 sixth graders, Ron Butzlaff concluded that students with two or three years of instrumental music experience had significantly better results on the Stanford Achievement Test (a verbal and reading skills test) than their non-musical counterparts (qtd. in Judson). This experiment demonstrates that music can affect improvement in many different academic subjects. All in all, it can be shown that music education is a worthwhile investment for improving students’ understanding and achievement in academic subjects.

Related to academic achievement is success in the workforce. The Backstreet Boys state that, “Practicing music reinforces teamwork, communication skills, self-discipline, and creativity” (Why Music?). These qualities are all highly sought out in the workplace. Creativity, for example, is, “one of the top-five skills important for success in the workforce,” according to Lichtenberg, Woock, and Wright (Arts Education Partnership 5). Participation in music enhances a student’s creativeness. Willie Jolley, a world-class professional speaker, states that his experience with musical improvisation has benefited him greatly regarding business. Because situations do not always go as planned, one has to improvise, and come up with new strategies (Thiers, et. al). This type of situation can happen in any job; and when it does, creativity is key. Similarly, music strengthens a person’s perseverance and self-esteem—both qualities that are essential in having a successful career (Arts Education Partnership 5). Thus, music education can contribute to students’ future careers and occupational endeavors.

Participation in music also boasts social benefits for students. Music is a way to make friends. Dimitra Kokotsaki and Susan Hallam completed a study dealing with the perceived benefits of music; in their findings they wrote, “Participating in ensembles was also perceived as an opportunity to socialize with like-minded people, make new friends and meet interesting people, who without the musical engagement they would not have had the opportunity to meet” (11). Every time a student is involved in music, they have the chance to meet new people, and form lasting friendships.

Likewise, in a study by Columbia University, it was revealed that students who participate in the arts are often more cooperative with teachers and peers, have more self-confidence, and are better able to express themselves (Judson). Through one activity, a student can reap all of these benefits, as well as numerous others. Moreover, the social benefits of music education can continue throughout a student’s life in ways one would never suspect. An example of this would be that “students who participate in school band or orchestra have the lowest levels of current and lifelong use of alcohol, tobacco, and illicit drugs among any other group in our society” (Judson). By just participating in a fun school activity, students can change their lives for the better. Music education can help students on their journey to success.

Chinese philosopher Confucius once stated, “Music produces a kind of pleasure which human nature cannot do without” (Arts Education Partnership 1). Music education provides personal benefits to students that enrich their lives. In the study of perceived benefits of music by Dimitra Kokotsaki and Susan Hallam, it was found that “participating in an ensemble enhanced feelings of self-achievement for the study’s participants, assisted individuals in overcoming challenges, built self-confidence, and raised determination to make more effort to meet group expectations regarding standards of playing” (12). In an ensemble, every member is equally important, from the first chair to the last chair. Thus every person must be able to play all of their music and be ready for anything. When one person does not practice their music and comes to rehearsal unprepared, it reflects upon the whole ensemble. Needless to say, no one wants to be that person. So students take it upon themselves to show that they want to be there and come prepared. This type of attitude continues throughout students’ lives.

Music can also be a comforting activity to many students. High school senior and school band member Manna Varghese states that for her, music is a way to relieve stress. When she is angry or frustrated, she likes to play flute or piano to relax. For students, music classes are not necessarily something they participate in for a grade, or to put on a college application. Students participate in music classes because they enjoy them and want to be there.

Even though it has been proven that music education benefits students, many people argue that it still should not be required in schools. They state that with the increasing importance placed on standardized testing, there is not enough class time to include music classes (Abril and Gault 68). However, it has been shown that the time students spend in music classes does not hinder their academic success. A study by Hodges and O’Connell found that “being excused from non-musical classes to attend instrumental lessons does not adversely affect academic performance” (Hallam 14). Thus, in reality, having students enroll in music classes would not be detrimental to their academic performance, and the students would then be able to reap all of the benefits that come with music education. Furthermore, funding for music education is an issue at many schools. The people in charge of determining funding for schools often choose to fund traditional academic classes over arts programs. Paul Harvey states, “Presently, we are spending twenty-nine times more on science than on the arts, and the result so far is worldwide intellectual embarrassment” (Hale 8). Clearly, the current system for the allocation of funds for schools is not adequate. By transferring some of the funding from traditional academic classes to music classes, this embarrassment could be avoided. Evidently, although some may try to argue against it, music education should be required in all schools.

What would life be like without music? Imagine it for a moment. No listening to music on the radio on a long drive. No music to dance to. There would not be any soundtracks in movies, and concerts and musicals would be nonexistent. Eventually, no one would even remember what music is. Many people do not realize it, but music has a bigger effect on their lives than they may think, and they would definitely care if it was to disappear. Without music, life would never be the same. To keep music alive, students must be educated about it in schools. Students will not only get to experience and enjoy what music has to offer, but will reap the innumerable benefits that come with music. Ancient Greek philosopher and teacher Plato said it best: “Music gives a soul to the universe, wings to the mind, flight to imagination, and life to everything.”

Hallam, Susan. “The power of music: its impact on the intellectual, social and personal development of children and young people.” International Journal of Music Education 28.3 (2010): 269-89. Print.

National Association for Music Education, comp. The Benefits of the Study of Music. N.p.: n.p., 2007. Print.

Thiers, Genevieve, et al. “Music Education and Success…From the Band Room to the Board Room.” Everything We Needed to Know About Business, We Learned Playing Music. By Craig M. Cortello. N.p.: n.p., n.d. NME.com. Web. 18 Oct. 2013.