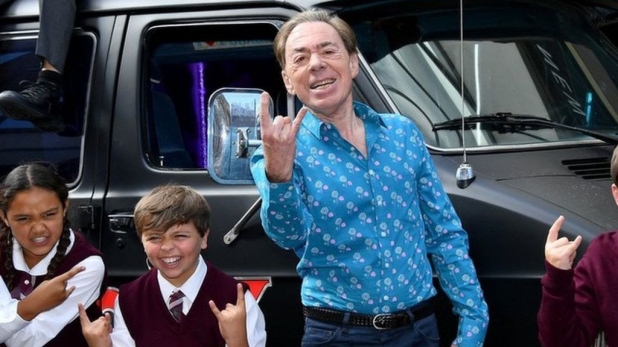 The Value of Partnerships

Warwickshire Music Hub is leading two exciting singing projects this year.  The first is a partnership with Ex-Cathedra, supported by funding from Arts Council England.  This partnership involves 11 primary schools and around 2,000 children and adults; culminating in a singing day at the University of Warwick Arts Centre on March 11th.

The second project is a partnership between Warwickshire Music Hub, Coventry Music Hub and 4 secondary schools, supported by funding from Youth Music. This project is creating a choir of 100 young people, ideally who are not used to singing in choirs, with the focus of two major performances in 2016.

By definition projects such as these, supported by external funding, are created with very definite start and finish dates and clearly quantifiable objectives i.e. how many children are involved and what rehearsals/events are due to take place.  This is all very worthy and very exciting for those involved.

But the big question has to be - what happens next?  All too often these excellent projects simply stop once the money runs out because they are time limited.  Our challenge is how to create a more lasting legacy and the reality is that money is needed, whether through further funding or sponsorship or simply creating new groups that require membership fees.

Getting the balance between time limited funded projects and creating something that lasts is a challenge - but one that is really worth exploring.  The planning has to consider the future and what structures - in this case choral - are already in place.

The secondary school project is called the 'Joint Choir Creation Project'. Wouldn't it be great if the legacy was to actually create a brand new choir that met regularly after the project itself comes to an end? At the very least the young people involved deserve the option of continuing to sing; whether as part of a school based group or within a singing strategy created by the respective Music Hubs.

This is where working in partnership with schools and other Hubs is potentially so powerful. The reality of creating lasting legacies is that all too often they are reliant on external funding.  Our challenge is to create internal structures that are self reliant; and this starts with partnerships.

How to get boys to sing

Number one - make sure the Musical Director is a genius.  Fortunately the MD of the Warwickshire Choristers is one.  Number two, create an organisation where the parents are totally committed and supportive.  Number three, remember that boys are not girls and they need a unique approach to rehearsals and concerts. Number four, work incredibly hard.

Garry Jones is a genius.  He is a great friend of mine and a former Director of Warwickshire County Music Service.  Since he retired from that job he has been working virtually full time creating the Warwickshire Choristers and, more recently, the County Male Voices; an equally excellent choir made up of all the boys that started singing with Garry 6 years ago.

The Choristers have been in the final of Music for Youth 5 times in the last 6 years and have received  Choir of the Day in every BBC Choir of the Year competition since reaching the televised final in 2010.  They produce CDs, go on tour and have featured on radio as well as television.  They regularly perform at major concert venues including Symphony Hall in Birmingham, Truro Cathedral, Westminster Cathedral and the University of Warwick Arts Centre.

It is perhaps two things that stand out for me as I watch and admire Garry at work.  A concert last night is a good example.  The care he takes over the choice of repertoire for the boys is extreme - but utterly worth while when you hear them.  Yesterday's concert started with a sublime rendition of Ubi Caritas by Albrecht.  The pure young voices of two solo choristers soared around the Parish church of Leamington Spa and set the tone for the rest of their performance; including music by Jefferson, Poulenc, Frank and Schwartz.

The boys, aged between 7 - 12, perform music that you would not think they have the maturity to manage.  Le Chien Perdu by Poulenc was simply sensational; unaccompanied and without a conductor.

The reason they can do this is because of the unique relationship that Garry builds with them.  This is developed in no small part by his rehearsing style.  I have sat in many rehearsals and it is not unusual for Garry to spend up to 10 minutes on one sound.  The boys come into a choir where excellent is simply taken for granted and the hard work needed to achieve that is there for all to see.